Prevention, Aftercare and Responding to the disappearance of unaccompanied children in Europe.

The plight of unaccompanied migrant children can be seen daily, over months and years, with long lasting effects on their wellbeing and welfare. When they go missing, they are rarely found.

In December 2015, me and Federica Toscano, Project Officer at Missing Children Europe released the SUMMIT report, in the framework of a European Commission funded project. During the months of working on this project it became clear to me how many unaccompanied migrant children there are across Europe. It also became evident, how a significant proportion of those children are likely to not come to the attention of authorities and how so many of them go missing, even when agencies are trying to support and safeguard them.

The SUMMIT study addressed how the issue of the disappearance of an unaccompanied child is tackled in different Member States. The specific aim of the research was to identify good practices and key challenges in inter-agency cooperation in the prevention of, response to, and after care of vulnerable unaccompanied children who go missing from reception centres and other types of care. We also explored training needs, which were created, compiled and shared publicly through the practical guidance handbook on preventing and responding to unaccompanied children who go missing.

While the report highlights key challenges in these areas, it also promotes good practices that can be shared between countries. Below, I have highlighted some examples.

When trying to prevent an unaccompanied child from going missing the collection of identification information can be quite challenging, as the children don’t often carry identity papers, and many countries do not allow fingerprinting if the unaccompanied child is younger than 14 years old. Yet, quick and efficient collection of information is proven to benefit greatly from the use of standard forms, easily shareable with the concerned services, and simplified administrative procedures. The practice of creating personal folders, for example through standard forms to be filled in with the information provided by the child in one or several sessions, allows for an easy way to collect and retrieve information.

Furthermore, assessing if the child will go missing has proven to be useful in identifying immediate reception and protection needs, also in terms of supervision. While the majority of survey participants responded that an assessment is carried out, interviewed professionals revealed that this assessment may be quite brief. This assessment could benefit from the development of a standardised list of identifying and background information that is required to be gathered about unaccompanied children and standardised criteria and indicators of the likelihood of them going missing.

The creation of safety/care plans, triggered by a thorough assessment of the risk that the child will go missing and elaborated with other agencies, was found to be a very successful practice in several countries. These plans are developed by reception centres or foster families, together with guardians (or similarly qualified professionals) and can involve NGO experts on certain issues, for example trafficking, to better tackle a certain situation or case.

Findings in relation to the response to the disappearance of unaccompanied children shows that there can be confusion when case ownership and responsibilities are not clear between the many different actors. Instead, where a case is the responsibility of a specific agency, procedures are generally faster and therefore, more efficient in child protection terms. Several participants highlighted that their work would benefit from a clear and well-understood division of tasks between authorities. Consistency of services would be improved and lack of action by different agencies would be reduced. In other words, to ensure appropriate protection of the child it is necessary for professionals to know who does what and this is often not the reality.

Professionals working on cases of missing children, especially law enforcement agencies, would additionally benefit from receiving specific training in relation to unaccompanied children, the problem of “missing” and what the general procedures are in response to the disappearances of children in the country where they work. This could help reduce bias against the disappearances of migrant children and improve staff’s knowledge and skills to react to these types of disappearance.

It is important to note that some of the interviewed professionals from law enforcement agencies and care services referred to missing unaccompanied children as “runaways”. This assumption y that every missing unaccompanied child left the reception centre or the foster family out of his or her own free will is dangerous and misleading. It is necessary to assess the possibility that the child may be a victim of trafficking, labour or sexual exploitation or other criminal networks. Delayed or an absence of response to a disappearance of an unaccompanied child can never be justified, not even in those cases where the child left the centre “voluntarily”. Full protection against all risks that may lead to or result from going missing should be granted to every missing child, irrespective of the reason behind the disappearance. This reveals once again the importance of providing appropriate training on missing children to law enforcement and care professionals.

When asked about aftercare activities, in the rare event that an unaccompanied migrant child was found, carers often complained about the difficulty in obtaining information from law enforcement agencies on the outcome of the investigation on the disappearance, not knowing whether the child was found or not. Lack of information sharing on this matter can jeopardise the general cooperation between law enforcement agencies and care professionals.

It is important to highlight that unaccompanied children found in specific contexts that suggest that they have been pursuing criminal activity, are often not considered as victims. However, it is important that these children are provided with care assessments and support plans rather than treated as criminals dealt with by the criminal justice system.

Every child matters, no matter where they are from or where they are going. It is my hope that the workshop and the discussions that will result from the upcoming Malta event will maintain pressure on governments across the EU to do more to safeguard these children.

The information in this blogpost is cited from SUMMIT- Best practices and key challenges on interagency cooperation to safeguard unaccompanied children from going missing. 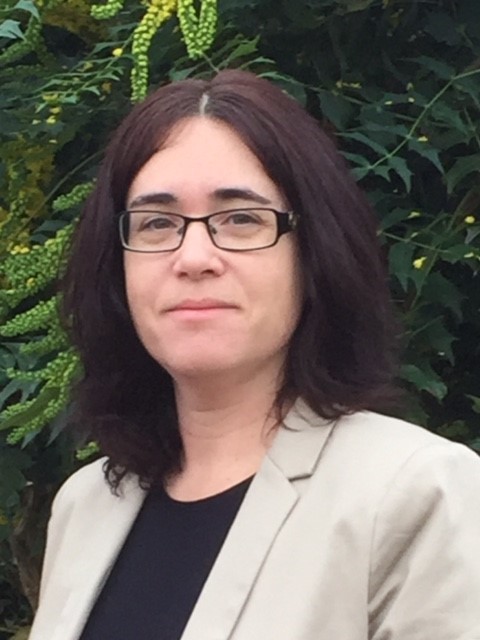 Dr. Karen Shalev Greene Director of the Centre for the Study of Missing Persons, University of Portsmouth, UK

Karen is the founder and director of the Centre for the Study of Missing Persons. Her research focuses on all areas related to missing children and adults and she collaborates with academics and practitioners from the UK and internationally. Recent research projects include stranger child abduction, unaccompanied migrant minors, impact of publicity on children who were reported missing, etc.